Mandala painting has proven to be an effective activity for insights and therapeutic experiences. A favorite topic of children patients in the ARTON Program due to its extremely colorful and free of association interpretation. In Sanskrit, "mandala" means "circle" in the simplest sense of the word. In the field of religious practices and in psychology, the term refers to circular images that can be drawn, outlined, colored, applied, modeled or even danced and have a particularly deep, often subconscious meaning. As psychological phenomena, mandalas appear spontaneously in dreams, during states of conflict. According to Jung: “… the strict model imposed by a circular image compensates for the confusion of the psyche, it happens by constructing around a central point to which everything else connects, or by concentrically arranging the disturbed variety of contradictory and incompatible elements. ”.

The method is already a popular attempt at self-medication widely used in a clinical setting in many global medical centers. Each mandala uses an almost unlimited variety of motifs and symbolic signs, which clearly show either the desire of the mandalas to depict the totality of the person who created them, with its internal and external experiences of the world, or become the main starting point for something more - great. Mandalas are often a bold attempt to combine incompatible opposites and find a common ground between seemingly extreme divisions.

In these sessions of the ARTON Program, the creative space is associated with a space for the play of the imagination. This allows us to differentiate ourselves from the specific everyday - hospital space, time and situation and to open ourselves to an alternative experience of the world, which offers unpredictable and unpredictable possibilities. The idea of ??expanding the field of play with engaging the imagination is also a common concept in general therapeutic practice in conflict resolution. Therapeutic methods based on systems theories argue that simultaneous intervention by intervening and expanding the scope of the game can give rise to a surprising auto-poetic process of improvement. Hints in the form of help from the therapist in such cases provide a balance between the feeling of discovery in the complex maze of intertwined signs and the natural fear of incapacity shown by children. The art therapy session with mandala painting presented as a game of imagination in children is a very productive, light and natural form, close to children's perception of the world. Unlike adults, children still have access to many of the symbols from fairy tales, to the concepts of spells, spells, magic. They can be easily and quickly "transformed" into a fantasy reality without the need for sets or other specific tools. Providing a playing field through indirect play with children - patients is a widespread practice in expressive play art therapy. Topics such as pain, sadness from being away from home, threat, anger, death here can be treated painlessly in the way of imagination and fairy-tale symbols, often a major part of mandalas. The reason for this, in our opinion, in addition to the specifics of the child's psyche, is the ability of children to move outside and in the imagination through spells, spells and magic. Mandalas as part of the expressive arts offer children space for such expression and help to distance the imagination from reality here and now.

Playing with complex mandalas as well as objects, colors, clay, sculptures of natural or artistic objects, spontaneous storytelling - they can all become "containers" that contain existential themes, pathos or mystery. All of them provide a space in which the child can be ready for surprises, encourage him to play and look into the imaginary world. At the same time, he remains committed and this invites him to stay within the constraints that are the real challenge. The work in this way in the art therapeutic sessions allows to open for processing topics related to the fundamental existential phenomena such as "disease", "health", "love", "struggle". Work allows us to search for meaning, truth and purpose, which often make a connection with realities. The words we use in these cases to describe the imagination in the context of an existential framework contain either positive or negative connotations. They oscillate between notions, revelations, children's faith on the one hand, and illusions and delusions on the other. The treatment practices of the ARTON Program aim to facilitate the safe sharing of these phenomena even in the small community of the children's group in the hospital. 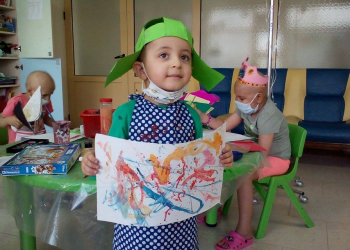 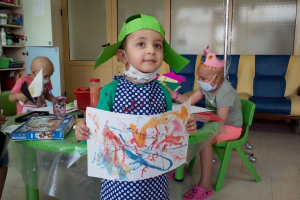 Mandala painting has proven to be an effective activity for insights and therapeutic experiences. A favorite topic of children patients in the ARTON Program due to... 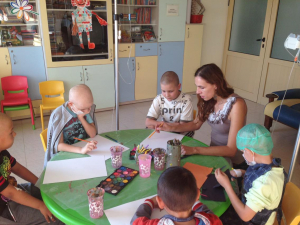 ARTON PROGRAM - The therapeutic power of the group

In the ARTON Program our team of oncopsychologists, art therapists and music therapists develops the process of children's creativity as a process of... 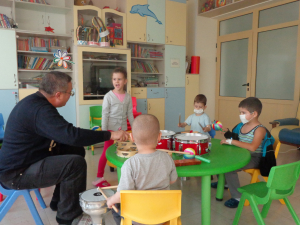 In ARTON sessions, creating a piece of music or a song is an emotional experience of coping and satisfaction for the participating children. They make friends with... 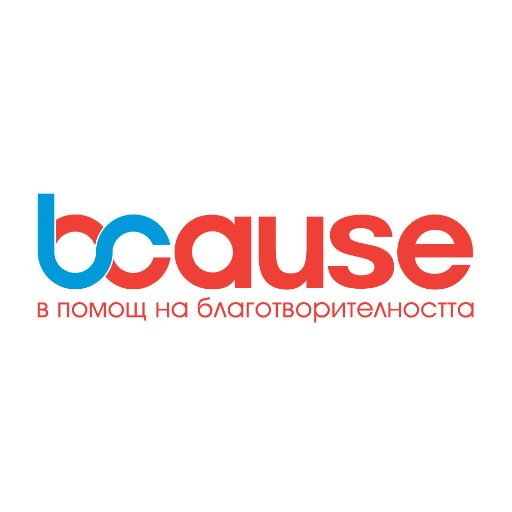 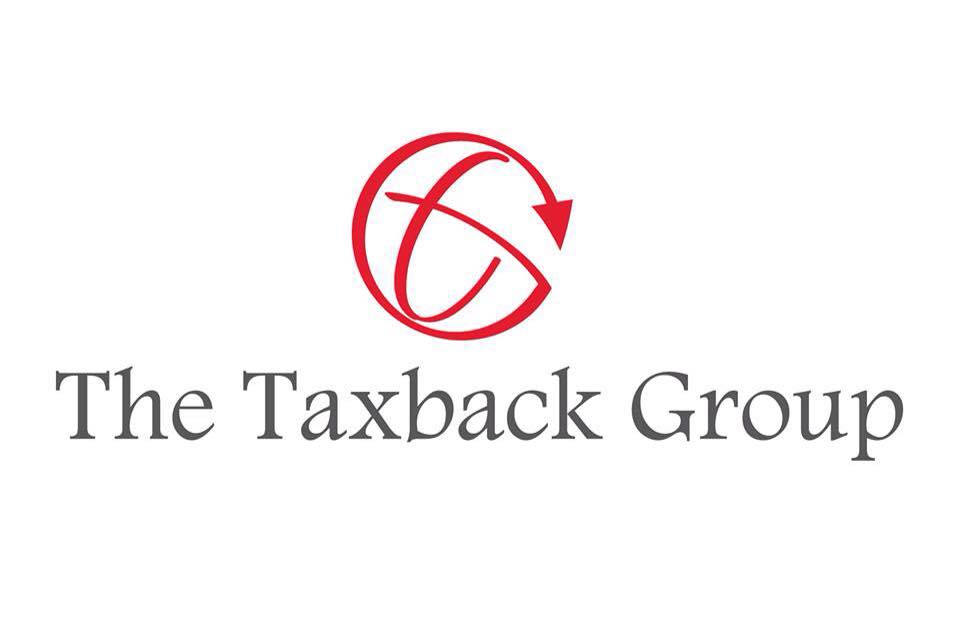